Why You Should Ignore Gurus Who Say – Multiple Streams of Income

As COVID-19 razes businesses and careers, “Business Coaches” — aka gurus — once again, can’t help themselves. They can’t help but scramble onto their Instagram to spout sexy sounding business ideas. The ideas sound ok, motivating even. That feeling of “get off my ass, create my new side hustle, and control my destiny!” And one idea I see gurus rehashing: multiple streams of income. Or the other phrase gurus use but meaning the same — multiple revenue streams. And the advice, naturally, comes sprinkled with standard guru claptrap: discipline, leadership, copywriting, time to learn new skills, losers watch Netflix, and “now is the time.” Countless gurus recycle “develop multiple streams of income,” and countless more will during and after the pandemic. The advice sounds right. But how the guru means it, it’s foolish.

Let’s unpack gurus advice, and look into why, once again, they lack any clue to what they say.

You can add on and sell as many products as you want. Remember those old TV commercials selling Greatest Hair Metal Ballads? When you called the number to buy, it was an endless upsell scheme.

Not all funnels act as aggressively. For instance, when you sign up to a blogger’s page using your email address, that’s considered a funnel. The “funnel” notion overstates a basic idea — offering another product to an interested customer. I’m confident that a few thousand years ago, this exchange happened, “Hey, I know you came to me for figs, but we have this thing out back that crushes figs into a juice. Want to check it out?” And likely the merchant did it without using painfully numb Dale Carnegie tactics.

I find nothing wrong with sales funnels. A funnel serves as a useful tool, a useful option, to sell various products. It can be as simple as asking, “would you like fries with that?” — or it can be as complex as selling a vast catalog of products. But that funnel isn’t its own business; it’s here where gurus display stupidity.

If you do Guru Math:

Plus, gurus love to say, “be in the business of yourself.” So, in reality, that’s five businesses! But wait a second. Each Instagram post probably works like a business, so that means… an empire bigger than Warren Buffet and Jeff Bezos combined!

That’s how gurus view their world. Gurus can’t see beyond digital funnels. It’s likely the only way they know how to make money. And despite all the money-making secrets gurus claim to know, most buy packaged etch-a-sketch funnels. They buy them from someone like Russell Brunson over at Clickfunnels. Others use a “Book In A Box” marketing company like LionCrest. And you can even start your own supplement empire using RockTomic. RockTomic not only offers the placebo powders, but they also offer pre-made plug-and-sell funnels. In other words, most gurus expertise claims — it’d be like someone claiming how muscular they are, and knowing how to pack on muscle… but they merely bought and sport a shirt like this: 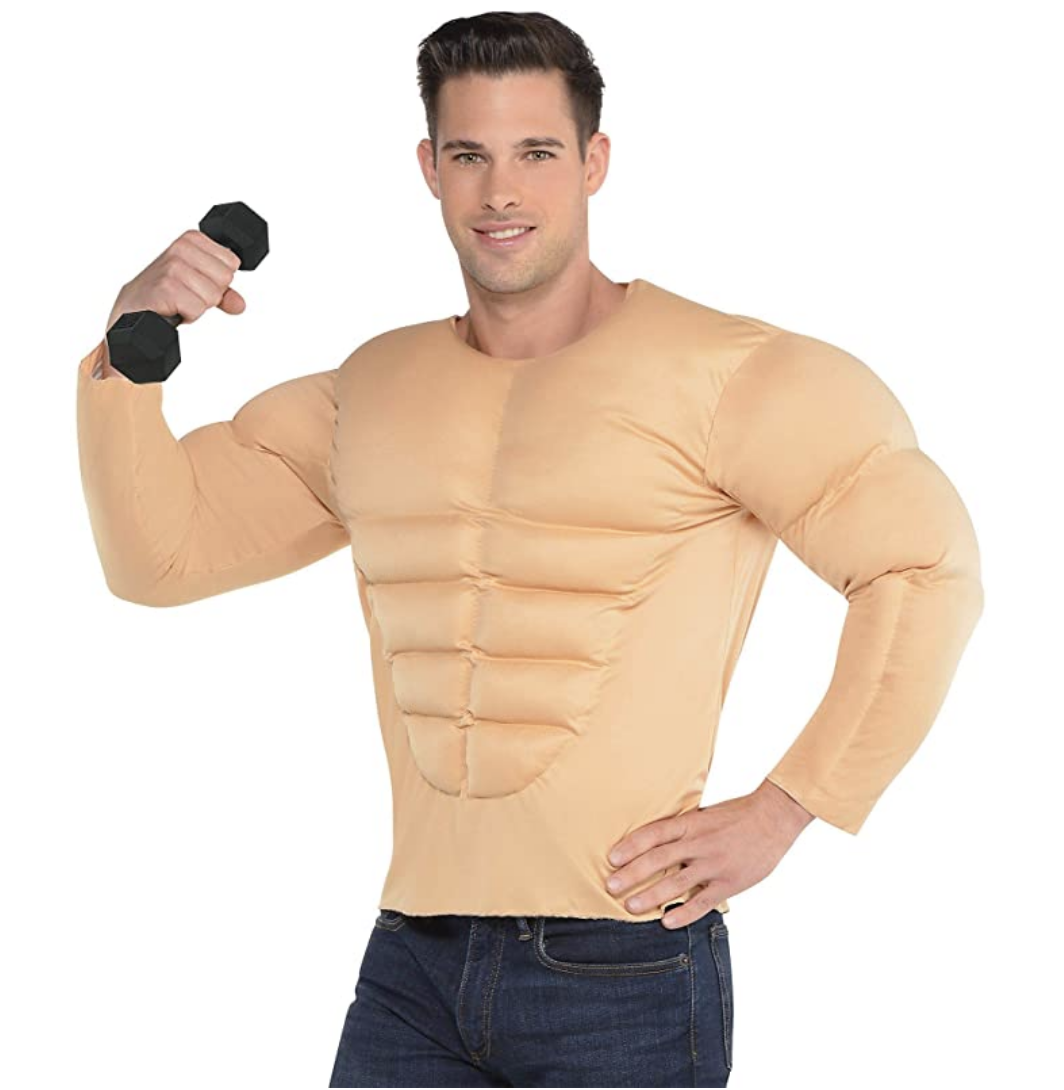 This sketches how “coaches” like Craig Ballantyne and Jason Capital and Garrett White run their self-promotion business. They use various funnels trying to catch fish onto their boat. They only own one boat.

And that’s fine. It’s smart to use a few tools to sell various products. It may make your business more robust, it may qualify the right customers. But you realize the fishing rods, lures, and nets work as various ways to catch fish. As in, you know each fishing rod isn’t its own business. Rather, it’s a tool you use to catch fish.

Here’s what gurus miss regarding “Multiple Streams of Income.”

Now, gurus think, see,and believe their multiple fishing rods mirrors your fishing business example. They completely miss how they don’t run anything remotely similar to it. In short, most gurus lack business experience or expertise outside of their swiped funnels.

But let’s peel a few layers deeper. I’ll take you into a guru’s office to show you their core business.

Somewhere in that office, on a whiteboard, a guru’s assistant or Project Manager (gurus insist you hire assistants to free you up so you can leverage your high-income skills!) will write out the guru’s current sales funnels.

Translated: Regardless of what you buy or don’t buy above, you’re on a guru’s email list. That guru then endlessly promotes their “High Ticket Event.” That could be a Mastermind (Inner Circle, Platinum Club, 50K/100k/500k Training, Comma Club, etc.) or Event (Summit Peak, Warrior Summit, Traffic Summit, Underground Summit) or possible consulting. The courses sold after the pseudo-book? The umpteen-told stuff we covered: copywriting courses, millionaire mindset courses, start your own online empire courses, etc..

Funnel D:Event funnel. Sell “1% Mastermind” and offer the Copywriting Course and Millionaire Mindset Course at the back of the room.

Translated: These events us copywriters, and that guru looking to “empower” you, call them cattle calls.

Let’s unpack that a little, because cattle calls serve a critical role to gurus.

A cattle call acts as a standard “event.” The easy way to spot a cattle call — it’s called a “Summit.” And, if the guru claims he will spill secrets he won’t ever say again. Also, if he features “Guest Experts” who will supposedly blow you away with “never released before strategies.”

Now, each stage presentation, generally, a copywriter crafts the pitch — the gurus “lessons.” The copywriter tosses in the standard stuff:

Then at the end, you’ll hear the call to action. It uses shopworn phrases:

The guru hopes their pitch drives people to the back of the room, like cattle, to buy products. The lessons are crafted, tested, and often coached by a speaking expert.

And the lessons are designed as “open-loops.” A persuasion tactic that supposedly raises curiosity so you desire a solution. Then the call-to-action is where you can resolve your curiosity. The guru tries to make a “closed-loop” a result of you buying the product so you can “close the loop.” Which means, the product alone can’t sell itself, the guru needs tactics in hopes you buy.

Funnel E: I’ll translate it now. Like Funnel D, but it’s selling at the mastermind or “Comma Club/Inner Circle/Platinum/1%ers.” There the guru sells their more exclusive mastermind or “.01% club,” another event, a co-hosted event, or maybe one-on-one “consulting” or “coaching” or the double-secret “high-ticket sellers mastermind.”

That paints most gurus businesses: an endless self-promotional upsell scheme.

Most are designed with that open-loop tactic, so you hopefully buy more products. The lessons tend to be hollow, often googled, or recycled from courses the guru previously purchased.

Another important aspect to consider with gurus.

It’s rare to see a guru own, partner, or invest in a business outside of their self-promotion. Very rare. Extremely rare. As rare as a “success coach” saying something original. At most, a guru still runs old funnels from their old niche. Like, if they started in Seduction, or Weight Loss, or Manifestation.

Gurus, like “Business Coach” Craig Ballantyne, mean well when rehashing multiple streams of income advice.2 And like most gurus, he colors multiple income streams as a blanket method. Let’s be clear: not every business, entrepreneur, or contract worker requires multiple revenue streams. But a guru like Ballantyne believes he commands multiple streams of income; he believes it’s a great idea to spout. He mistakes his multiple marketing funnels selling recycled advice he copied from a Google search, Ted Talk, or a hollow business book like Traction, equates a business empire. Ballantyne mistakes his Free Plus Shipping Offer funnel, selling his book (a book he paid LionCrest Publishing to create and sell — in short he bought himself a funnel and a “best-selling” label), exists as separate businesses than his Perfect Day Formula Workshops. He likes to think he’s like Warren Buffet investing in multiple businesses.

He isn’t closing Venture Capital deals. He isn’t invested in Silicon Valley technology. Craig, unlike Russell Brunson, doesn’t run a Clickfunnels. He isn’t commanding media buying deals for direct marketers or retail businesses. He isn’t running a Clickbank Platform. Instead, he’s promoting himself and preaching ideas he doesn’t understand. Should you be taking business advice from a “business coach” who misunderstands what he teaches?

I’ll save you thousands of dollars. I’ll reveal the Guru Business Formula. Though, likely, and like most things, gurus lack the street smarts or book smarts to know their own formula.

That formula also requires you to discard creating a quality product; in fact, the product is marketing. And the marketing tactics gurus want you to use — costs big bucks to create. Worse, and likely, the tactics may damage your business.3

One, “business experts” mistake “spending money to make money” as a rule. They think investing in marketing doubles or triples returns — every time. But ask most gurus about overhead cost and it’s like you asked them to divide negative binary code sequences. They miss how marketing can rapidly mutate into a gambling addiction.

Gurus fall victim to their “positive mindset” thinking. They mistake their rare wins as a possibility to win every time. Like gambling addicts, they only boast the positive, never the negative. And if you read my first Bill article, you then know how building marketing funnels can quickly morph into a money pit. Right now, launching funnels to keep your business afloat during COVID — I wouldn’t suggest it.

And what’s often not said — most product launches fail. Most gurus, maybe all, fall prey to Guru Success Bias: A guru enthusiastically ignoring any failures and only seeing success. And that success can be as small as one like on social media. The failure a guru reports, maybe a hero journey story. A guru will have a copywriter paint a down and out story, down to the last $100, but somehow some secret or some course turned it all around. Almost always, the copywriter makes up the story.

The gurus “multiple streams of income” tip, we find it steeped in delusion. Their main goal: desperately needing you to believe how robust they are to this pandemic. And also desperately needing you to valorize them. But, as we see, they lack experience outside of their own self-promotional funnels. And we also see those funnels, their “secrets” to make money, they bought off the shelf from someone like Russell Brunson. We also know, most gurus rarely invest, own, or partner in a business outside of their endless upsell scheme model. So when they tell you to start Multiple Streams of Income they themselves have never done it. And we also see they completely miss what Multiple Streams of Income means. I’m not sure you’d ever want to use gurus multiple streams of income advice during stable times, and much less use it during COVID.